I TRY not to be judgmental. In fact, I think treating patients without judging them is a prerequisite for a doctor.

That’s why I don’t like the #FatButFit hashtag hooked on new research. Science from combined studies in the US has concluded it is possible to have obesity and still be fit.

Dr Philippa Kaye fills in for Dr Zoe while she is on maternity leaveCredit: Rex

While the research is brilliant and proves a fact lots of doctors have known for decades, it’s the “but” in the hashtag I have an issue with.

Those three letters are filled with judgment. They stigmatise a huge percentage of the population already suffering because of how society views them. The “but” makes the word before it negative when it doesn’t need to be.

Much better would be #FatAndFit or #FitAtAnySize – more inclusive and reducing the stigma for people dealing with long-term weight issues.

Every GP knows people who have obesity don’t always access healthcare when they need to. The stigma behind their size contributes to that. They don’t attend screenings, despite being more at risk of certain conditions, for fear of being shamed or told off about their size.

I’ve heard from women who were made to lie on the floor for smear tests after being told they were too heavy for the bed. No wonder they didn’t go back.

The notion of “but” needs to go, and the language we use talking about obesity has to change.

People aren’t obese. They have obesity.

This stuff matters. I have brown eyes. I’m not simply “brown eyes”.

This reminds us obesity is a chronic disease and not a descriptive term.

Using someone’s weight as a measure to describe their physical appearance doesn’t help anyone.

This new research should be music to the ears of millions of people with obesity. It shows we need to concentrate on exercise, not diet, when it comes to tackling weight.

The diet industry is worth billions globally yet obesity figures are rising and show no signs of ……. 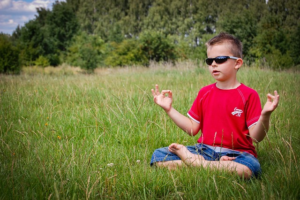